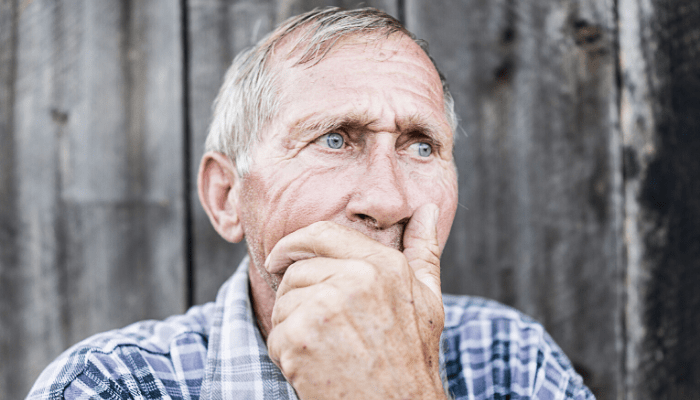 We have all heard of the patience of Job and the longsuffering of Job however how long did Job suffer? In this article, we will look at the story of Job and see if we can unravel this mystery.

How long did Job suffer? The Bible doesn’t say how long Job suffered, however, it does give us a few interesting clues especially in Job 7:3 – “So am I made to possess months of vanity, and wearisome nights are appointed to me.”

So it does seem to have lasted a minimum of 2 months but it could have been much, much longer.

So that is the first day of Job’s suffering.

The first period of unknown time during the suffering of Job…

No one knows the time period between the events of that first day and what happens to him in chapter 2 – so that makes calculating the exact time of Job’s sufferings impossible. It could have been days, weeks, months, or even years. 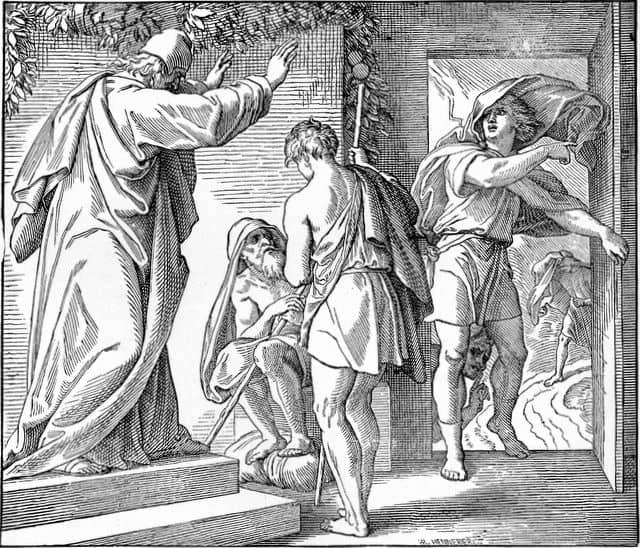 So Satan now goes forth in Job 2:7 and – smote Job with sore boils from the sole of his foot unto his crown.

The second period of unknown time during the suffering of Job…

While Job 2:8-10 is a short read that doesn’t mean it didn’t happen over a long period of time. Job’s wife tells Job to curse God, and die. One would like to think she didn’t give up on him too soon.

It is only an assumption however I believe this would have gone on for days if not months before she was finally exasperated to the point of telling him to get it over and done with.

Of course, she was suffering the loss of all her children so the breaking point may have been sooner rather than later.

The third, fourth, fifth, sixth, seventh, and eighth periods of unknown time during the suffering of Job…

Now when Job’s three friends heard of all this evil that was come upon him, they came every one from his own place; Eliphaz the Temanite, and Bildad the Shuhite, and Zophar the Naamathite: for they had made an appointment together to come to mourn with him and to comfort him. (Job 2:11)

The above scripture throws up many questions about the time period of Job’s suffering. There are 3 time periods that we don’t know about.

As you can see there are so many time periods in this equation that it is impossible to know how long Job suffered.

So they sat down with him upon the ground seven days and seven nights, and none spake a word unto him: for they saw that his grief was very great. (Job 2:13)

So the only time we have accounted for up until now is the 7 days his friends sat with him and the first day of all the calamities coming upon Job. With an untold amount of time between each event.

Job 3:1 – tells us Job starts speaking. So this would have been day 8 of his friend’s visitation.

The ninth period of unknown time during the suffering of Job…

We do not know how long the discussion between Job, his friends, and then God went for. Was it all in one day? Or did these discussions last days?

So the absolute shortest period of time it could have been was 10 days if you take out all of the unknown periods of time and that figure is highly unlikely, especially with Job’s comments about months of vanity.

However, with 9 periods of time that could have lasted days or weeks it is impossible to tell how long Job suffered. The time period between losing his goods and his family and being struck down with boils could have been years – no one knows.

The time period of suffering just from the boils would be much shorter however still impossible to calculate!

Most Bible scholars are very adamant that this is not the same Job however I’m not too sure. The scriptures are very good at throwing out clues for us and usually what would otherwise be considered boring genealogies are there for a reason.

However, because it is not uncommon for many people to share the same name it is impossible to tell for sure.

This verse says that Job was a Son of Issachar who was one of the twelve sons of Israel via his wife Leah, and if this was the case it would certainly explain where Job obtained knowledge of God.

What is interesting is that the sons of Esau who was Jacobs’s brother included a fellow with the name Eliphaz. (1 Chron 1:35) So we have two people born in the same time span named Job and Eliphaz who both appear in the book of Job. Eliphaz was one of the friends who came to visit Job.

Esau’s children were probably older than Jacob’s children which ties in with what Eliphaz said in Job 15:9-10 – for an easy to read and very helpful explanation about this I recommend you read Did Job live before Abraham or before Noah?

All in all the story of Job throws up a lot of questions and the one about how long did Job suffer will have to wait until the Lord returns for the answer for there is absolutely no way to be precise.

Finally, let’s look at what the story of Job means for us…

Behold, we count them happy which endure. Ye have heard of the patience of Job, and have seen the end of the Lord; that the Lord is very pitiful, and of tender mercy. (James 5:11)

I like this statement… You have heard of the perseverance of Job and seen the end intended by the Lord. (NKJV)

God has an intended end for us and is a good ending. That is why the end is better than the beginning! (Ecc 7:8)

Patience can also be translated as endurance, perseverance, and steadfastness. All of these words are used frequently throughout the New Testament.