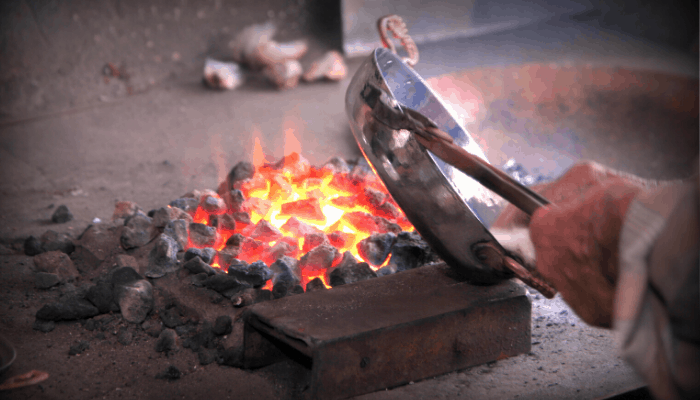 Alexander the coppersmith has the rare distinction of being one of the few people specifically mentioned in the New Testament as somewhere to beware of. He was dangerous and he did much evil to Paul.

We read about it in 2 Timothy where it says…

Alexander the coppersmith did me much evil: the Lord reward him according to his works: Of whom be thou ware also; for he hath greatly withstood our words. (2 Tim 14:15)

It should be pointed out that when Paul says… “The Lord reward him according to his works,” he wasn’t looking for revenge it showed Paul practiced what he preached by handing it over to Lord and being consistent with what he said in Romans 12.

Dearly beloved, avenge not yourselves, but rather give place unto wrath: for it is written, Vengeance is mine; I will repay, saith the Lord. (Roms 12:19)

Who Was Alexander The Coppersmith?

Holding faith, and a good conscience; which some having put away concerning faith have made shipwreck: Of whom is Hymenaeus and Alexander; whom I have delivered unto Satan, that they may learn not to blaspheme. (1 Tim 1:19-20)

While Alexander is a very common name and it is possible that Alexander in 1Timothy Chapter 1 could be different from Alexander the coppersmith it does seem more than likely it is indeed the same guy.

Who was Alexander the coppersmith?  Is he was a heretic Christian who peddled false doctrines and as a result was put out of the Church.

Instead of taking it as correction he evidently became one of the greatest trouble makers for Paul and the doctrine – with Paul saying he did him much harm.

Knowing everything Paul went through including being stoned, lowered down out of a window in a basket to escape death, and facing a constant tide of enemies all of the time for Alexander the coppersmith to get a special mention is really saying something at how badly he had caused harm. 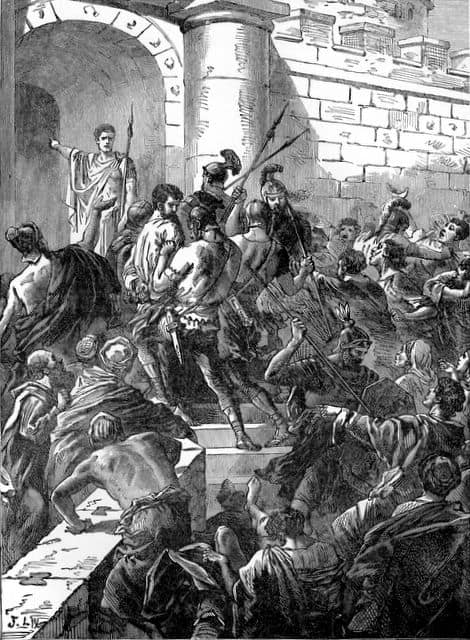 What Was The False Doctrine Alexander The Coppersmith Was Promoting?

But shun profane and vain babblings: for they will increase unto more ungodliness. And their word will eat as doth a canker: of whom is Hymenaeus and Philetus; Who concerning the truth have erred, saying that the resurrection is past already; and overthrow the faith of some. (2 Tim 2:16-18)

While Alexander is not mentioned in the above Bible verse the person he is associated with Hymenaeus is and it is reasonable to assume both were peddling the same false doctrines.

So they were creating huge issues in the Church and they were actually turning people away from the faith.

What Evil or Harm Did Alexander The Coppersmith Do To Paul?

No one really knows specifically what evil Alexander the coppersmith did to Paul however we know he GREATLY withstood the Apostles words and was promoting false doctrines, and overthrowing the faith of some.

This should be evil enough however I’m sure there would have been others in this position and whatever Alexander did was worse than the others.

Paul was writing from prison and it could well be that Alexander the coppersmith had a hand in putting him there and it would also seem he was the one who stirred up crowds in opposition to Paul.

I’m not saying for sure this is the case however the more I think about this guy he could well be the ‘Thorn in The Flesh’ and ‘The messenger of Satan to buffet me’ that Paul was talking about in 2 Cor 12:7.

Alexander the coppersmith was certainly what we would call a pain in the neck and a constant antagonist – so thorn in the side and buffering certainly fit this guy. 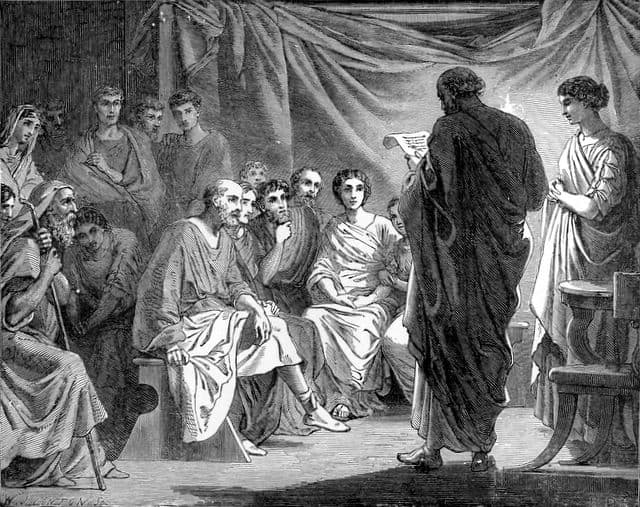 Was Alexander The Coppersmith The Same Alexander in Acts 19:33?

And they drew Alexander out of the multitude, the Jews putting him forward. And Alexander beckoned with the hand, and would have made his defence unto the people. (Acts 19:33)

Some believe he is the same guy however it is hard to prove either way. In this story, there was a huge riot because many people had converted to Christianity and stopped buying the silver shrines and other trinkets made to the Goddess Diana.

The silversmiths and craftsmen concerned for their livelihoods caused this great commotion when the Jews put Alexander forward to talk them however he couldn’t get a word in as the people cried “Great is Diana of the Ephesians” for more than two hours.

While I can not be certain I believe this Alexander may well have been the same one mentioned in Acts 4:6 because he certainly seemed to be a Jew of great importance in order to be their spokesperson.

If he is indeed the same guy referred to all the way through then he certainly was a constant menace to Paul. Again assuming it is the same Alexander he would have belonged to the high priesthood which was bitterly opposed to Christianity.

If the same guy he was involved in opposition to Paul and was among or perhaps even inciting riotous crowds in opposition.

He then becomes a Christian, and he then starts creating havoc in the Church by peddling false doctrines and causing many to lose their faith.

He is then put out of the Church and gets even more vicious doing Paul great harm.

There is a lot of conjecture there however one thing is for sure. Alexander the coppersmith did Paul much evil and he warned Timothy to beware of him… for he hath greatly withstood our words.

You may also be interested in Who Was Methuselah