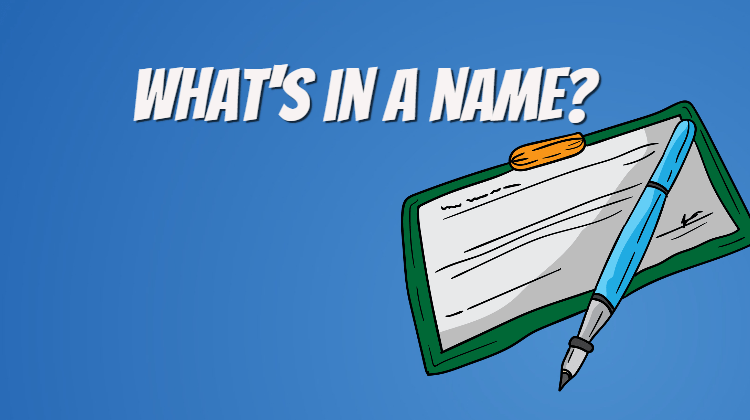 Most people have heard of Jesus Christ. His name is praised and worshipped the world over and sadly the phrase Jesus Christ is also used by those who do not worship him in the form of cussing when something goes wrong.

Either way, Christ always goes with Jesus and most people assume that Christ is therefore Jesus last name.

Contents hide
Christ is NOT The Last name Of Jesus!
Jesus’ Parents Were Not Mr. and Mrs. Christ!
Jesus The Anointed
Jesus The Anointer
The Gospel Of Jesus Christ!
The Disciples Were Called Christians First In Antioch!

Christ is NOT The Last name Of Jesus!

In the Bible no one had surnames. You will never find one. Think about it… what was the surname of Moses? What was the last name of Noah? What about the surname of Daniel? Did Adam or Eve have a surname? We could list all of the famous Biblical characters and none of them had a surname.

People were identified in a variety of different ways. One of the ways is believed to be where we eventually get surnames from by identifying people according to the son or daughter of their father. For example, James the son of Alphaeus, Simon son of Jonas, Saul the son of Cis, and so on.

Another way of identification was by what they did such as Joseph the carpenter, Alexander the coppersmith, and so on. We might be more familiar with the Bob the builder.

In like manner, Jesus was known as Jesus the Christ. The title of Christ identifies what he does and we will look into the wonderful meaning of Christ shortly.

People were also identified from the place they came from such as Ruth the Moabitess, Lucius of Cyrene, and so on.

In like manner, Jesus was known this way as Jesus of Nazareth.

Jesus’ Parents Were Not Mr. and Mrs. Christ!

Christ was the title given to him because that identified who he was and what he did. Both the name Jesus and the word Christ are full of amazing meaning that gets lost in the English.

Sadly we just hear two words without associating what those words signify in the original language the New Testament was written in (Greek).

The word Christ is the Greek equivalent of the Old Testament Hebrew word for Messiah. Jesus is the Messiah.

The Greek word used for Christ is Christos and it means Anointed.

How God anointed Jesus of Nazareth with the Holy Ghost and with power: who went about doing good, and healing all that were oppressed of the devil; for God was with him. Acts 10:38

Jesus himself when he went to the synagogue early in his ministry quoted the following verse in Luke 4:18

The Spirit of the Lord GOD is upon me; because the LORD hath anointed me to preach good tidings unto the meek; he hath sent me to bind up the brokenhearted, to proclaim liberty to the captives, and the opening of the prison to them that are bound. (Isaiah 61:1)

The following statement in the book of Hebrews about Jesus being the anointed of God is a quote from Psalm 45:7

But unto the Son he saith, Thy throne, O God, is for ever and ever: a sceptre of righteousness is the sceptre of thy kingdom. Thou hast loved righteousness, and hated iniquity; therefore God, even thy God, hath anointed thee with the oil of gladness above thy fellows. (Hebrews 1:8-9)

We have already seen above how Jesus was anointed with the Holy Ghost and with power.

At the end of the book of Luke we read…

And, behold, I send the promise of my Father upon you: but tarry ye in the city of Jerusalem, until ye be endued with power from on high. (Luke 24:49)

Then again at the start of the book of Acts, he says the following…

But ye shall receive power, after that the Holy Ghost is come upon you: and ye shall be witnesses unto me both in Jerusalem, and in all Judaea, and in Samaria, and unto the uttermost part of the earth. (Acts 1:8)

Jesus was anointed with the Holy Ghost. The Spirit of the LORD was upon him… to preach good tidings and now the resurrected anointed one is giving the same anointing to others. Note here that after they receive the Holy Ghost and power they will preach to all the world.

Therefore being by the right hand of God exalted, and having received of the Father the promise of the Holy Ghost, he hath shed forth this, which ye now see and hear. (Acts 2:33)

What was the this he had shed forth?

Peter was giving the answer to the question in verse 12 – What is the meaning of this?

Peter said this (speaking in tongues) is that which was spoken by the prophet Joel how God would pour out his Spirit on all flesh.

The this… was speaking in tongues and the that… was God pouring out his Holy Spirit.

This is people receiving the anointing of Jesus – he is at the right hand of the Father shedding forth this which you now see and hear.

But the anointing which ye have received of him abideth in you, and ye need not that any man teach you: but as the same anointing teacheth you of all things, and is truth, and is no lie, and even as it hath taught you, ye shall abide in him. (1 John 2:27)

The Gospel Of Jesus Christ!

We are to preach the GOOD NEWS about our SAVIORS ANOINTING.

Then Peter said unto them, Repent, and be baptized every one of you in the name of Jesus Christ for the remission of sins, and ye shall receive the gift of the Holy Ghost. (Acts 2:38)

The Disciples Were Called Christians First In Antioch!

This is found in Acts 11:26 – The very word Christian means Anointed One. Isn’t that amazing! There was something obviously different about the followers of Christ. So obvious that other people – unbelievers identified them as anointed ones. It is impossible to be a Christian without the anointing because the very meaning of the word Christian is an anointed one. Once you are anointed with the Holy Ghost that comes from Jesus the Anointer you become an anointed one – otherwise known as a Christian.

You may also be interested in What Did Jesus Write In The Sand, and Discover Why Confess With Your Mouth Isn’t What You Think It Is